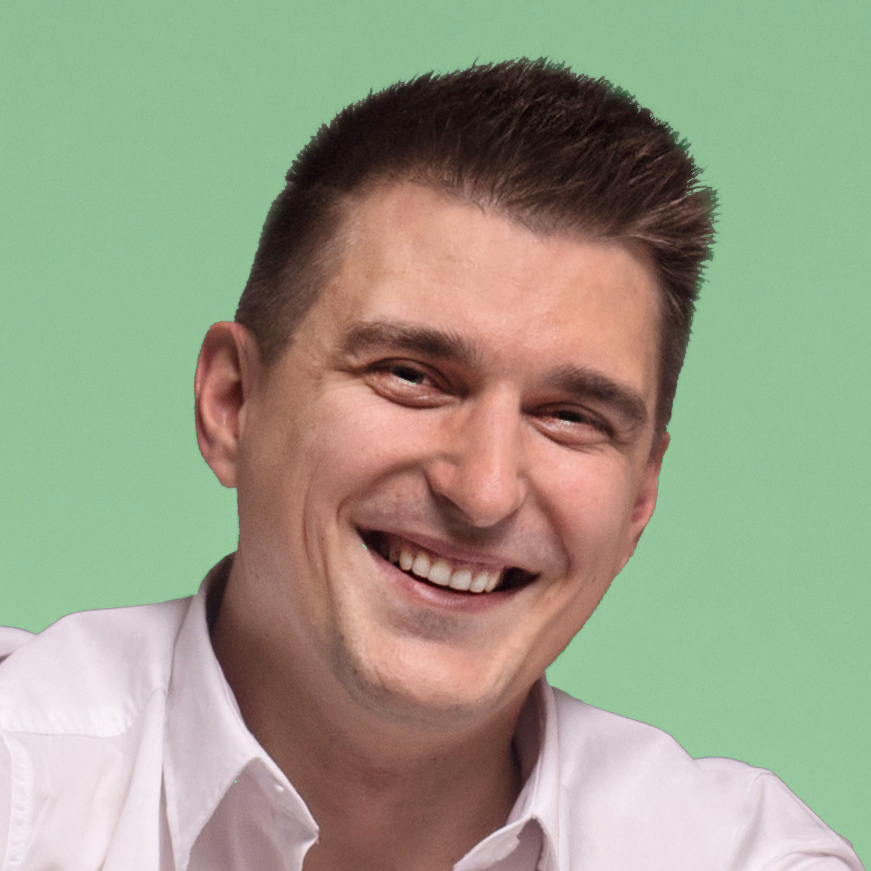 Assistance in the development of IT business

All my conscious life I am engaged in business and IT technologies. Over the past ten years, I have created websites and Internet startups that bring profits to their owners. With the help of this experience, I created my own business and helped to create a business for others. It is interesting for me to share my achievements with others, which is why I share the secrets of running an Internet business.
My way

Since the school it was interesting to me and now I am an expert in this field. Despite the fact that I now have my own business, I still have an interest in doing this, although it takes much less time for this, and most tasks have to be delegated to in-house specialists.

Helping people, in my opinion, is the most beautiful thing in the universe. That's why I devoted a part of my life to this. Since 2008, I started sharing my web development experience in the computer academy «STEP». Over the years of my teaching I have trained more than 300 students. Most of them got a job at a prestigious job. I am very pleased to realize this and receive positive feedback from them.

It would be very stupid to have the knowledge of creating web projects, share it with people, but not have one of your own (it's like a shoemaker without boots). In 2009, the first own start-up was launched with my friend Viktor Kilivnik. It was a difficult test, but it was passed and now this project brings profit.

The idea to create your own web studio was back in 2004, and only in 2010 it was implemented with my business and life partner Tatiana Kotovskaya. At the moment my team has already developed more than 100 projects within the studio. Each project gave our team insanely a lot of experience in running an online business, which I now share with all comers.

Help in starting a start-up

In 2011, the founders of the project «EmpireTV» appealed to my web studio, at that time it did not exist yet. The main task was to create a start-up, which will bring money. Using the available experience in half a year the project already had attendance within 7 thousand visitors per day. At the moment the project exists, but I have positive feedback from the «EmpireTV» team.

Help in starting a start-up

After the successful launch of several start-ups, a good friend of mine turned to me, who wanted to engage in a specific online business. Together with him, I studied the specifics of business and helped the Internet shop as much as possible. Now he is one of the leaders in his segment.

The founder of the web development course (Odessa)

Today, a web developer is a complex profession, and fifteen years ago it was not considered a profession. This is due to the fact that technologies are changing, they are becoming larger and they become more complicated. By 2013, the academy was ripe for the creation of a separate course of web development, tk. before that it was not. In the Odessa branch, I became the source of the entire program of the course and materials for its teaching.

The project with an incredible idea of wifi marketing was created in 2015 with my friend Nikolai Sevastyanov. This is one of the most profitable of my projects, which already had in 2016 76% of profitability.

I decided to take a break from entrepreneurship and restore my knowledge in web development.

You can contact me for any reason. I am always open to any suggestions and will answer any questions.
I'm in social networks